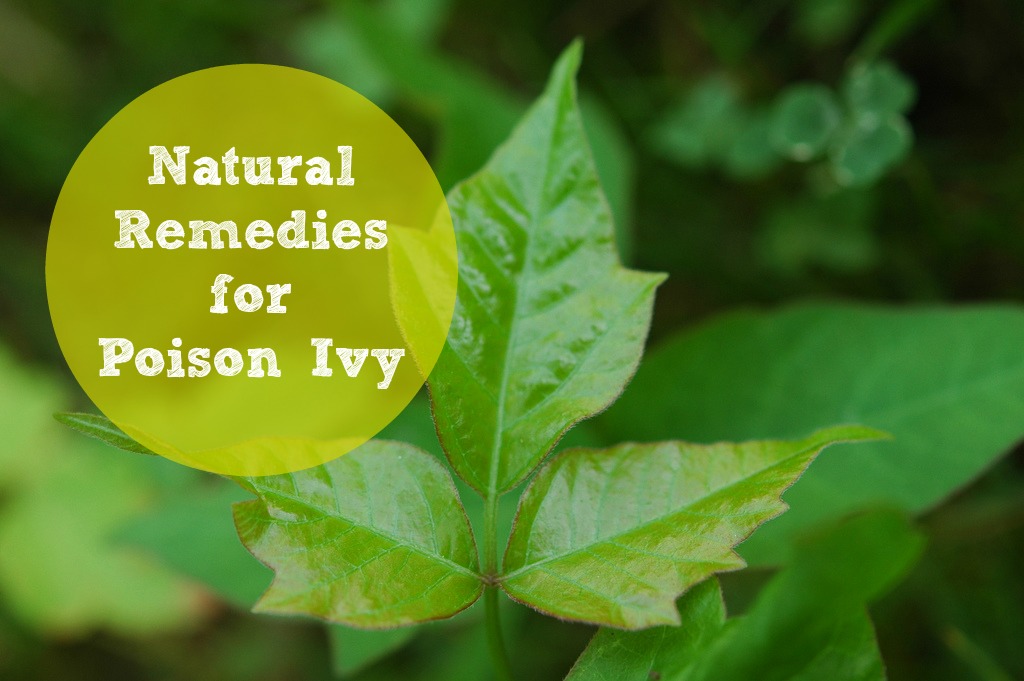 Did you know that seven out of ten people are allergic to poison ivy? We just returned from a family vacation with one child covered from head to toe with poison ivy. Poison ivy symptoms are pretty straight forward:

We started off applying over-the-counter itch relief medicine, but that didn’t work. The rash was too wide-spread. I decided to reach out to some of my trusted green resources to see what suggestions they had for keeping poison ivy in check.

Amity, the Editor of Green Child Magazine, had interesting advice: Pour rubbing alcohol on the affected area and then wash it immediately with cool water and soap to remove as much of the plant sap as possible. Dry the skin and apply the meat side of a banana peel on the skin to help dry out the rash.

Abbie from Farmer’s Daughter, Danika the Beauty Editor from Greenwala and Anna from Green Talk all suggested trying jewelweed.  Jewelweed is a plant that’s been used for centuries to treat poison ivy. Unfortunately I didn’t have time to whip up this remedy, but maybe I’ll whip up a batch just in case there’s a next time. Click HERE for the recipe.

Tamara, the Executive Director of Lead Safe America has used this remedy several times and swears by it:  1. get in the bath. 2. get out of the bath, 3. do not dry off, 4. while wet lather up completely (on affected areas) with IVORY soap. 5. do not rinse. 6. let soap residue dry on body – it will sap all of the oils out of the poison ivy.

A paste made of baking soda and water works well for itchy bug bites and the same is true for poison ivy. A  Turmeric paste is also helpful. Turmeric contains a nutrient called curcumin and it’s known for its anti-inflammatory properties. The problem with these remedies is they can get very messy and are difficult to apply when the rash covers large portions of the body.

Oatmeal bath. In a blender, blend 2 cups of oatmeal until powder in form. Then add to a bath filled with warm water. Soak in the tub for upto 20 minutes. Repeat as needed for itch relief.

Elise Marshall Jones of MommyBites says when her husband had poison ivy he swore by “burning” them with the hottest setting on the hair dryer. Every time he itched he would go get that blow dryer and crank it up.

I’m not sure this would work with a young child, but for adults it sounds like it would at least ease the itch.

Have you tried any of these natural poison ivy remedies? What works? What doesn’t?