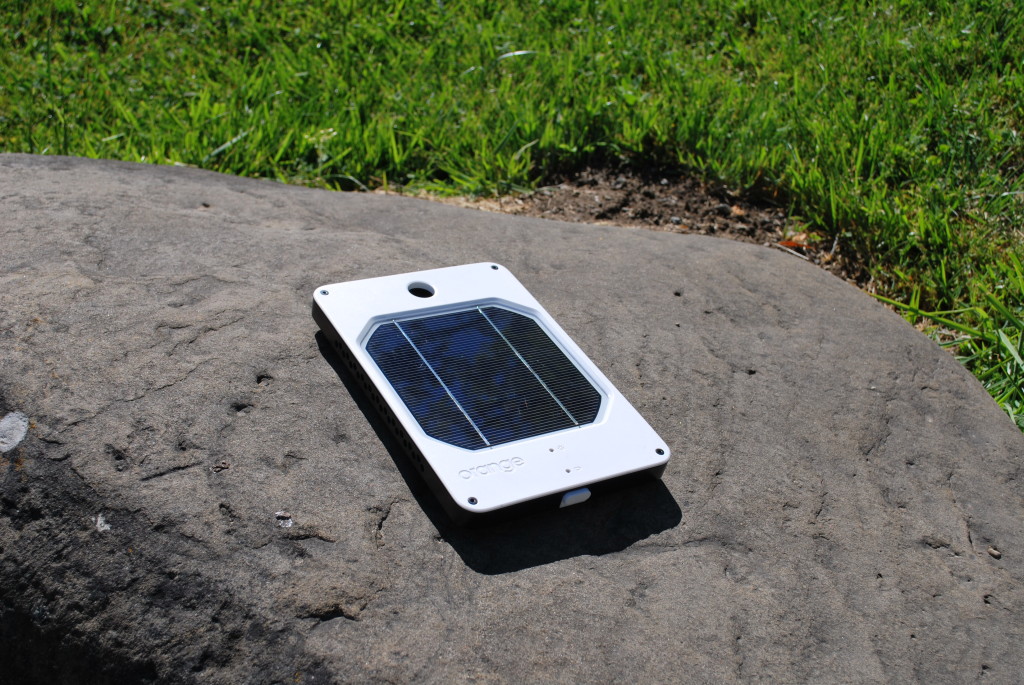 I love when a really cool product crosses my path. The JOOS Solar Orange Portable Solar Charger falls into that category.

Running out of juice (JOOS) is the worst. I think we’ve all been there. The red light flashes on our device letting us know that there’s 2% battery life left and there’s not an outlet to be found.

handy dandy solar charger is designed for use when you’re on the go and an outlet isn’t convenient.

Here’s what I love about this charger:

If you’re a frequent traveler packing light is probably at the top of your list. The JOOS charger is on the heavy side (1.5 lbs) and a it’s a bit bulky (8.58 by 5.77 by 0.79 inches). It’s about the same size as a small tablet and weighs about the same as my iPad with a cover and keypad.  I know from attending multiple conferences with a bag full of technology it’s sometimes hard to lug all that extra weight around. 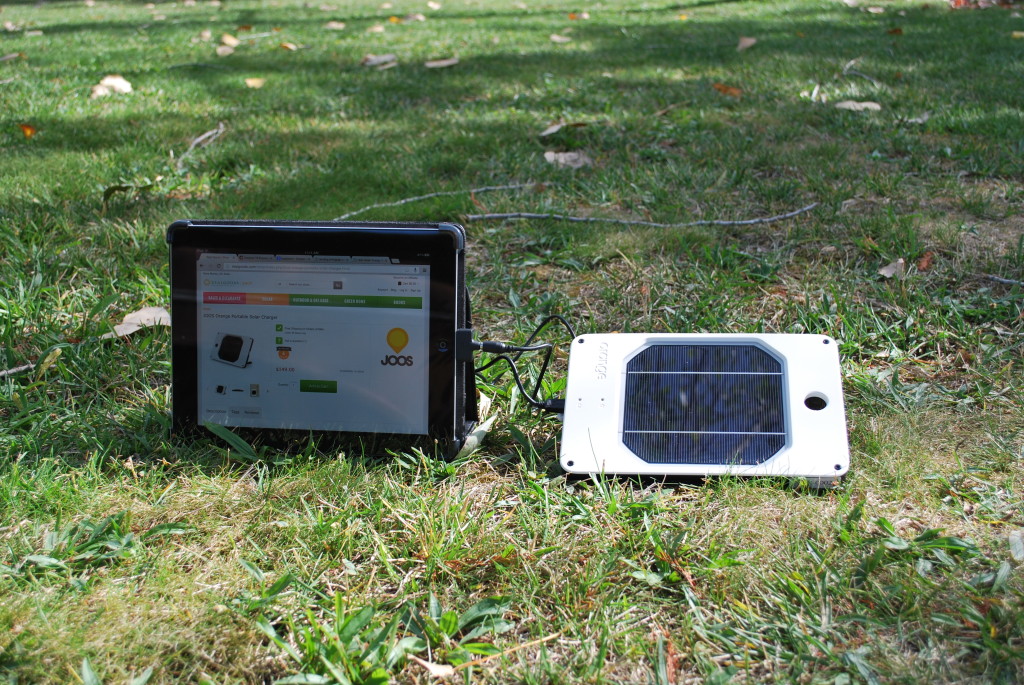 It was simple. I placed my JOOS Orange Portable Solar Charger

in the sun and it began to charge. There are two LED-indicator lights on the front of the charger. The red LED began to slowly blink red which indicated that the device was charging in low light. I then propped up the charger so it was receiving direct sunlight and the red LED began blinking quickly, indicating normal light charging. Underneath the red LED is a green LED which repeats its period of blinks every 5 seconds when the JOOS Orange is charging under normal conditions. The JOOS Orange Portable Solar Charger

can also be charged from your computer using one of the cables provided. Once it’s charged it’s simple to connect the charger to your device. It comes with several adapters that fit my iPhone and iPad.

Bottom Line: Thumbs up. I like this charger, despite its heavy and cumbersome physique. It worked well and it’s nice to know that you don’t need an outlet to get a little JOOS every so often.

Have you tried or do you have a solar charger? Thoughts?