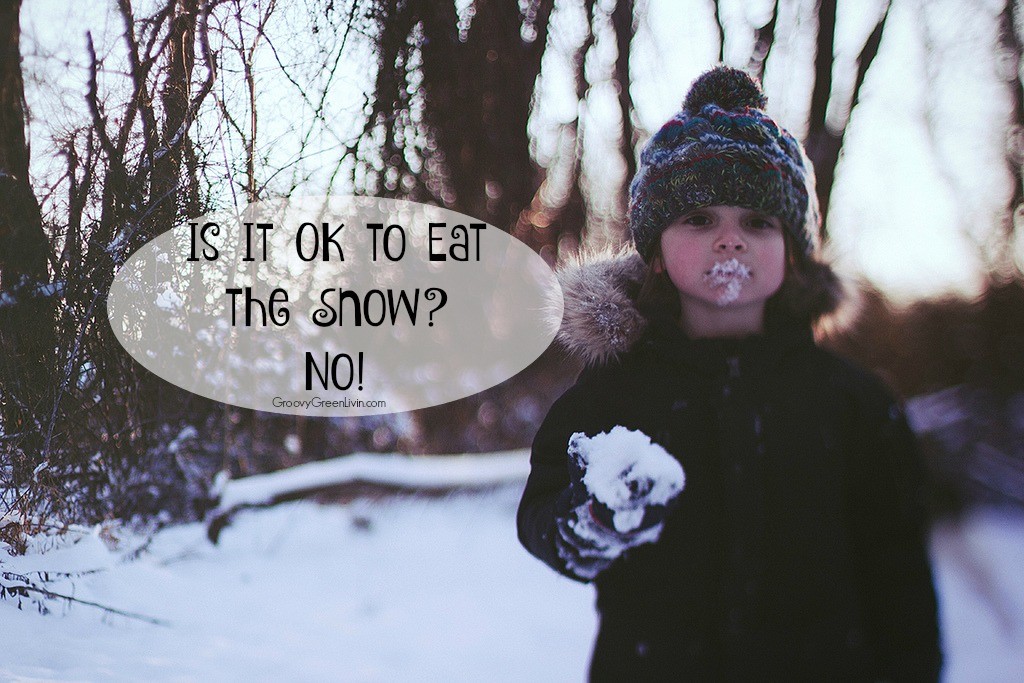 Sorry to be the winter Grinch, but snow shouldn’t be on your menu. Even if you have some amazing snow recipes don’t eat the snow! Ever. Especially if you live in an urban setting.

I remember as a kid making snow cones with the freshly fallen snow. Growing up in Wisconsin snow cones got me through the long winter months. Not only snow cones, but snow ice cream and even just straight up snow. As a kid I had trouble resisting anything made from fresh snow.

Unfortunately eating snow needs to become a thing of the past since there are now known health concerns to worry about. Remember knowledge is power.

According to a new study, a group of scientists found that snow in urban areas absorbs the toxic and cancer-causing particles that are found in car exhaust. What does that mean? That beautiful white stuff on the ground is soaking up all sorts of toxic chemicals from our car exhaust and other contributors to air pollution. If we eat the snow we’re eating a cocktail of those toxins. Probably not something you want to encourage your kids to eat.

According to Tech Times: One in eight total deaths worldwide occurs due to air pollution. There is a strong association between exposure to pollution and diseases like cancer and heart disease.

As we dig ourselves out from one of the first of many snow storms this winter it’s important to teach our kids not to eat the snow.

Bottom line: So now the phrase “Don’t eat yellow snow” has to be taken a step further. “Don’t eat any snow!” It’s not worth the potential health risks.

There must be another way to make this maple candy? Unfortunately it won’t be as fun.

Do your kids eat the snow? I know it’s hard to resist!