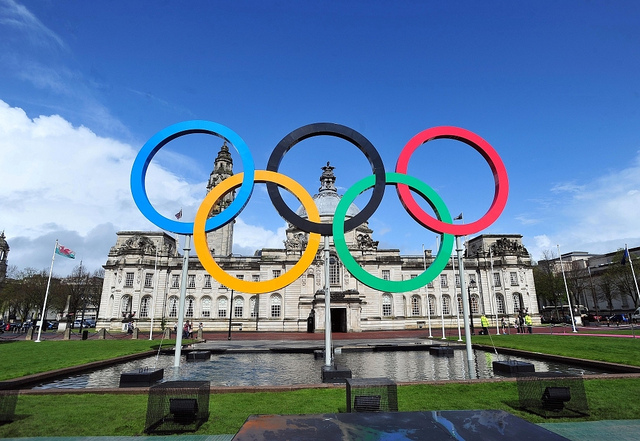 I carried the Olympic torch through the city of Boston for the 2002 Salt Lake City, Utah winter games.

I was 8 months pregnant.

For those of you who have no idea what I’m talking about-the Olympic torch relay is the ceremonial relaying of the Olympic Flame from Olympia, Greece, to the site of the Olympic Games. It was first performed at the 1936 Berlin Games, and has taken place prior to every Games since.

How I was selected

My sweet brother submitted my story into a large pool of applicants and magically I was selected. He must have made up a pretty fantastic story.

At the time, the torch carrying committee had a heated discussion about whether or not I could participate since one of the requirements for carrying the torch was running through the city. I was 8 plus months pregnant and could barely walk, let alone run. The committee thankfully decided that it was OK for me to participate. We were all assigned a running partner. My partner (I can’t remember his name) was amazing and agreed to walk with me.

My husband made a video way back when of my run (speed walk) through Boston with the Olympic torch. The quality of the video is pretty poor-remember it was in 2001. It’s hard to miss me in the video. I’m very pregnant and wearing a very purple Olympic outfit with my hair in two braids.

Do you know anyone who’s carried the Olympic torch? If you didn’t before, you do now!