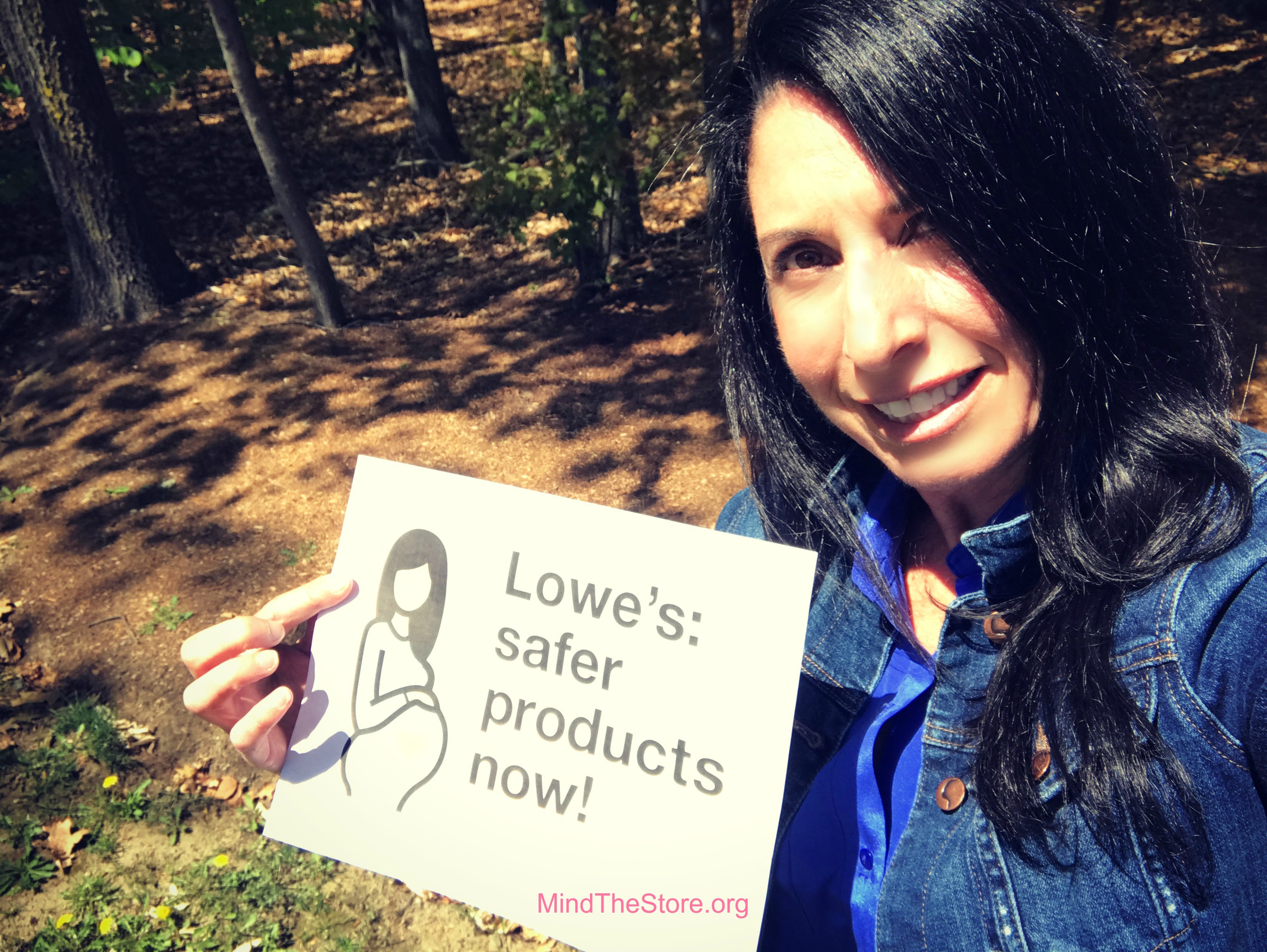 Last week I stopped by my local Lowe’s to deliver an important message.

I’m here because I’m concerned about toxic chemicals in products Lowe’s sells. As a consumer, I would like you to ban the sale of paint strippers containing deadly and dangerous chemicals.

Lowe’s was warned last February that products containing methylene chloride and N-Methylpyrrolidone (NMP) are too dangerous to be on their shelves. The company responded by pledging to sell a handful of alternative products but has refused to stop selling these dangerous products.

Since they received this warning at least four people have lost their lives after using paint strippers containing methylene chloride:

A 2015 investigation from a nonprofit journalism group the Center for Public Integrity found at least 56 deaths from accidental exposure to methylene chloride since 1980.

There is nothing good about Methylene Chloride. The CDC described the chemical  as a “highly volatile, colorless, toxic” and said that it is “unlikely” that it can be used safely. It is known that the chemical can become toxic after one hour of use. Long-term exposure has been linked to cancer.

In the last month, more than 100,000 people have signed petitions to Lowe’s, hundreds of people have called Lowe’s customer service, and numerous media outlets have covered the campaign. Lowe’s has not responded meaningfully yet, so that’s when consumer pressure can make a big difference.

No family should have to lose a loved one because of deadly chemicals. Period.

Will you join me and sign the petition asking Lowe’s to stop selling deadly paint strippers?

This week The Environmental Protection Agency announced that they’re moving forward on a rule regulating these paint stripping chemicals that have been blamed for dozens of deaths from people who inhaled the toxic fumes from the chemical. This is a great step in the right direction but we need Lowe’s to stop selling these products now.

Please join me in calling on Lowe’s to stop selling dangerous paint strippers!