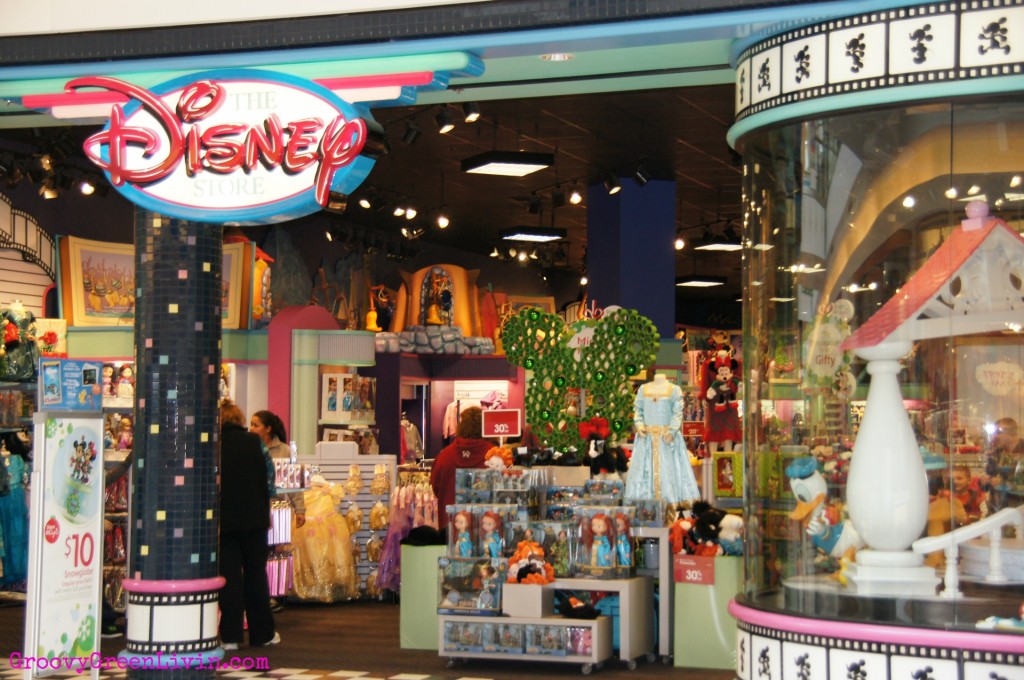 Heading to the Disney Store on a Saturday afternoon with your 10 year old sounds perfect doesn’t it? This past Saturday that’s exactly where I went, only I wasn’t there to shop. I was there for another reason-to deliver my petition asking Disney to stop selling “toxic lunch boxes” and other school supplies containing vinyl plastic and chemicals known as phthalates, which have reportedly been linked to serious health problems including asthma, ADHD, and diabetes.

Disney has yet to respond to this campaign so we decided to deliver thousands of signatures from fellow parents to the Disney store.  My petition has over 59,000 signatures and combined with signatures obtained by MomsRising.org the total number of signatures is over 65,000! I wrote about why I was feeling a little uncomfortable about the delivery of the petition. Now I know I wasn’t too far off.

Thank you to all of you who have been checking in to see how the delivery of the petition went on Saturday. Saturday was designated as a day of action in New York City (Penelope the creator of  the fabulous film Toxic Baby and Mike from CHEJ took the lead in NYC) and  Boston. Before, during and after the event I threw out a few updates on Twitter and Facebook about my adventure, but I thought my experience warranted a post of its very own.

Saturday was a gorgeous day in Boston. After soccer and karate with my kids I was set to head to the Square One Mall in Saugus, Massachusetts (the closest Disney Store to the city). I was armed with a heavy 25 lb box filled with signatures to be passed along to Disney. 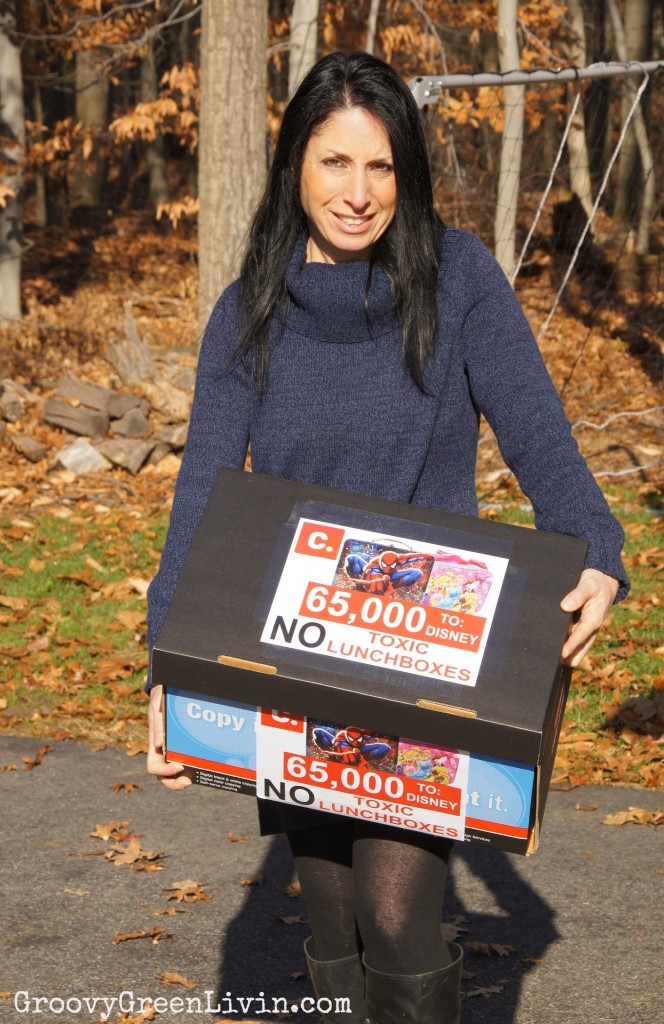 I had never been to this mall-it was about a 35 to 40 minute drive. I managed to rope my 10 year old son into going with me. He was  the designated photographer.

Siri got me to the Disney Store. We were even a bit early. After we parked I lugged the cumbersome box filled with all of the printed signatures into the mall.

We waited across from the Disney Store for Darylle from The Alliance for a Healthy Tomorrow. Once Darylle arrived my son, the photographer, took a few photos. 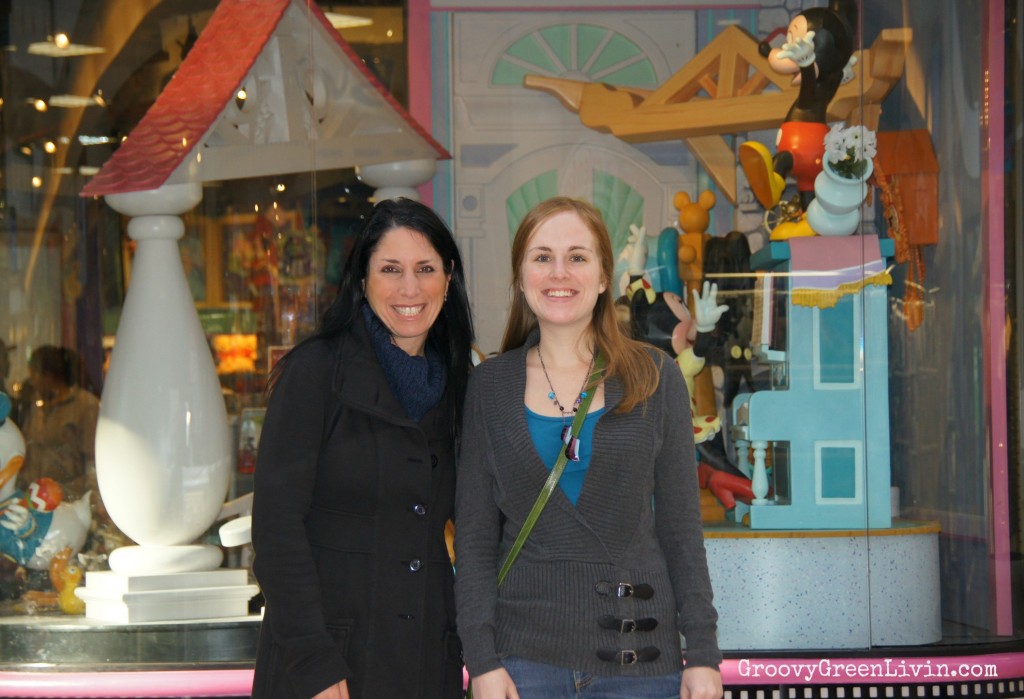 Then it was time to head in.

We asked for the store manager and began to explain why we were there. That’s where the conversation came to an abrupt halt. The store manager wasn’t interested in what we had to say. It was clear that Disney had given their employees strict instructions not to accept letters or petitions and not to entertain any discussion. The manager kept repeating over and over that she had to speak with corporate and they don’t work on weekends.  As the short conversation continued the store employees began to gather around us in a circle. A sign that it was time to go. I promised my husband that I wouldn’t get arrested by mall security.

My son was carrying the camera and I had asked him to snap a few photos as we delivered the petition. That didn’t go over well with the Disney staff. The manager yelled at him to stop taking photos in the store.

You might think after reading this that this visit to the Disney Store didn’t go well. To the contrary. In my opinion our Disney Store trip went very well. All of the Disney employees took notice. The people crowding the store on this busy Saturday took notice. And the manager took notice and was clearly flustered by our unexpected visit. She took our business cards cards and I would bet she called her corporate office for help.

That’s what we wanted. We wanted Disney to take notice.

Let’s continue to join our collective voices to continue to  tell Disney to be a leader for children’s health and stop using dangerous phthalates in their products NOW.

This holiday season I will continue dreaming along with many other parents for a toxic free Disney. I hope you’ll join me.

Do you agree with how the Disney Store handled our visit? 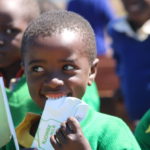