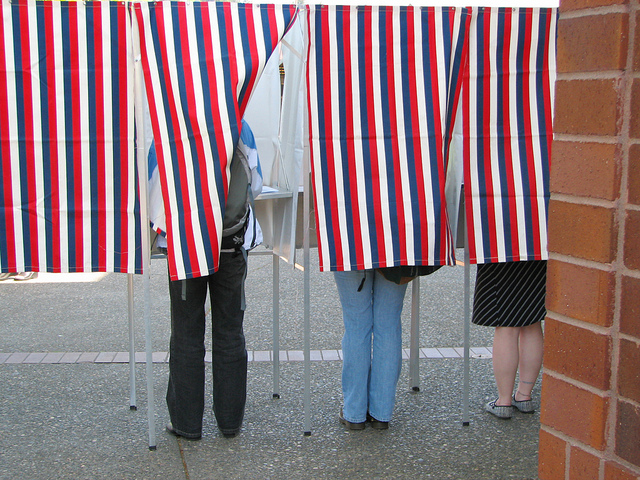 Voting was a family affair on Tuesday. My kids had no choice. My boys are 12, 10 and 9 and we all agreed that we were going to wake up a little early in order to experience voting together in this election. Alarms went off far too early, backpacks were packed and off we went to the polls. It was a cold morning in Massachusetts so we were well armed with hats and gloves, ready to stand outside if we had to. Thankfully there weren’t many groans or complaints and overall they were pretty into it. 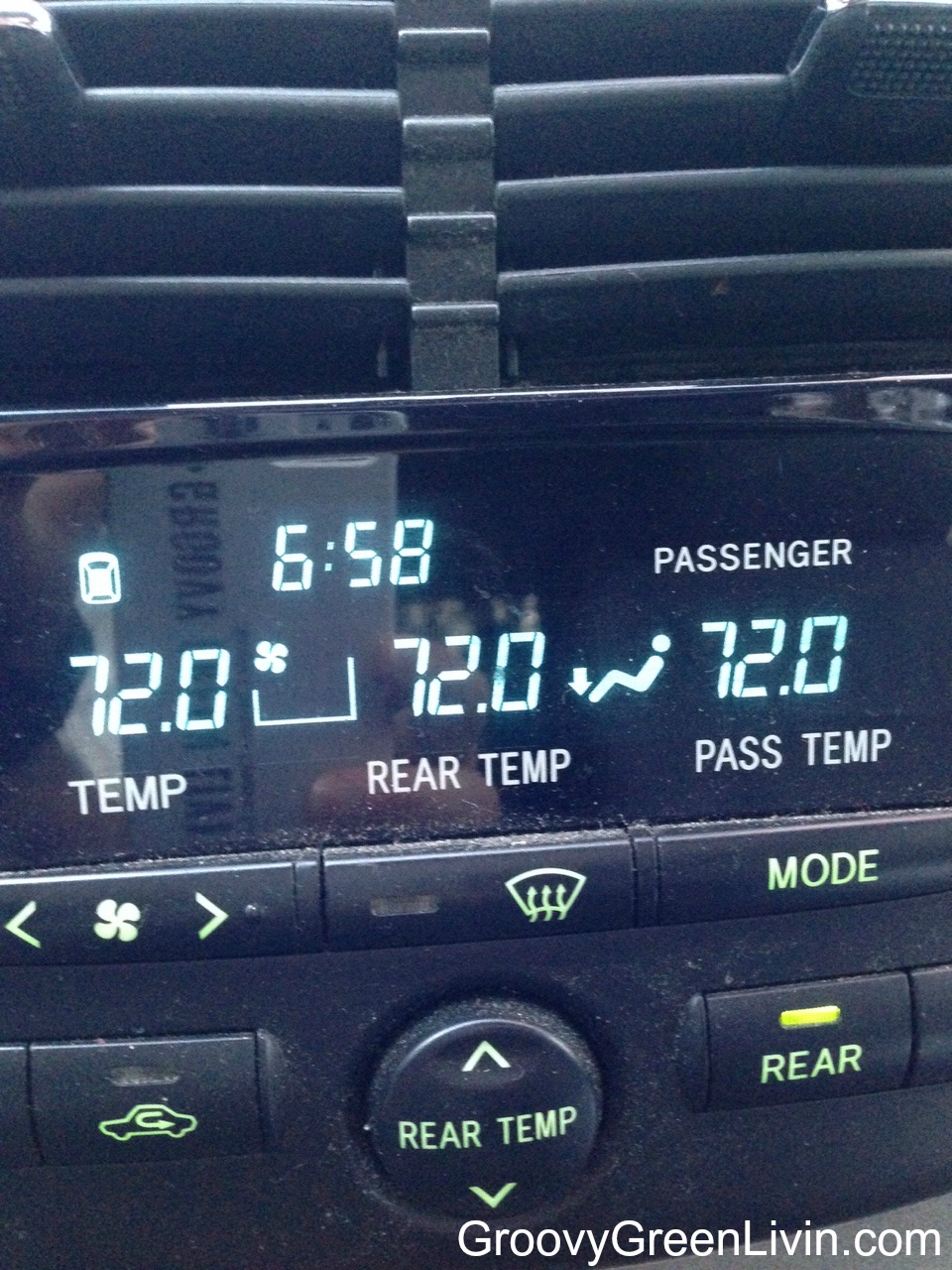 The ten minute drive  to the voting booth was filled with questions, comments and a lot of election discussion. We talked about the process, the candidates and what’s at stake.  It wasn’t the first time we’ve had election discussions, but it all seemed to come out fast and furiously in the backseat of the car at 7 am.

With the number of cars circling and attempting to find parking I was shocked when we finally went inside and there wasn’t a line to vote. We walked in, checked in and were handed a ballot and marker. 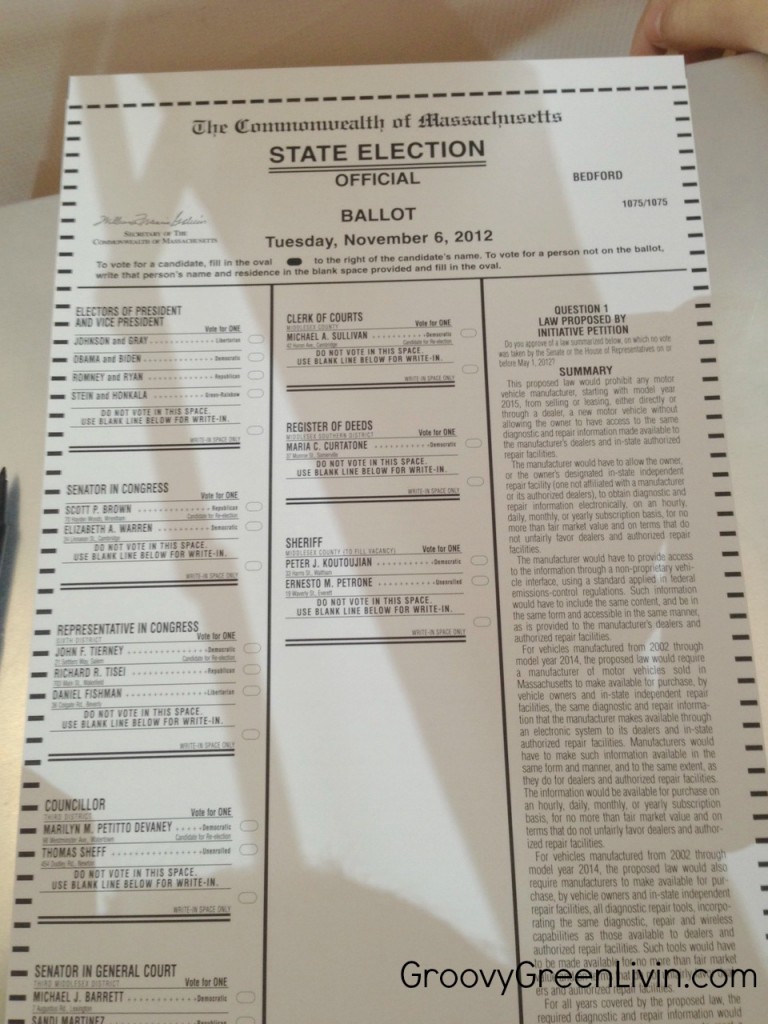 We were then escorted into our private voting booth. Two of my sons went into the booth with my husband and my oldest went in with me. We stood there for a very long time going over each of the options. I handed over the marker and let him have the honor of filling in the circles. He filled in each circle very meticulously, careful not to make a mistake. When it was time to hand over the completed ballots all three were eager to help out. 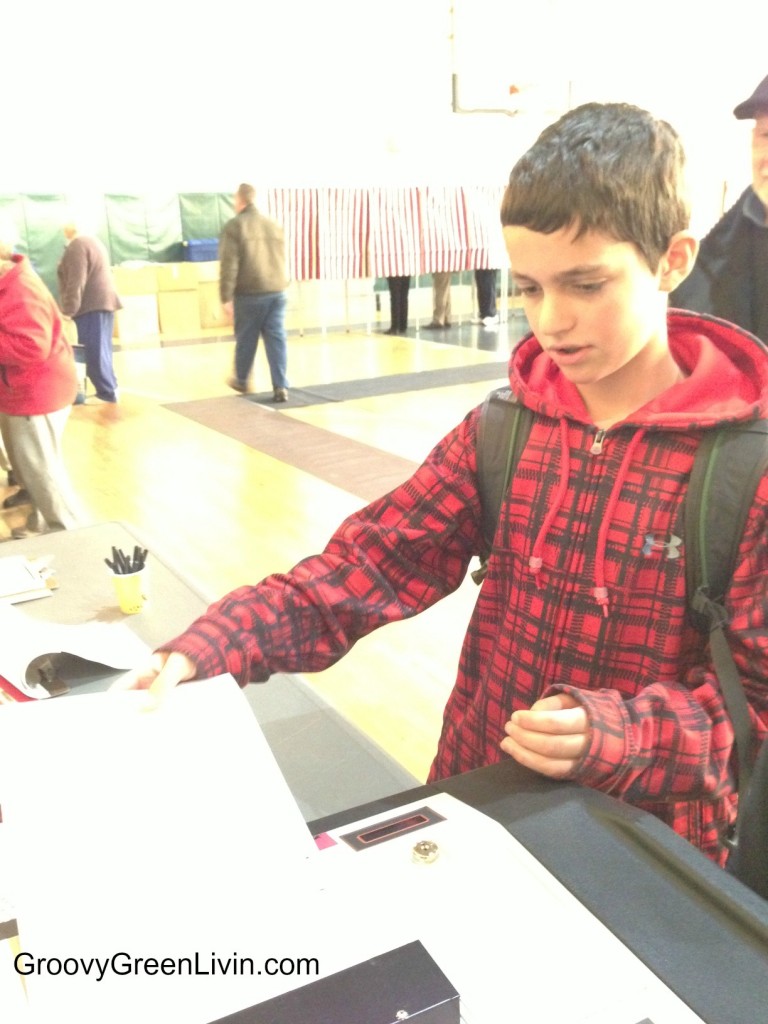 I love how they submitted this ballot together. 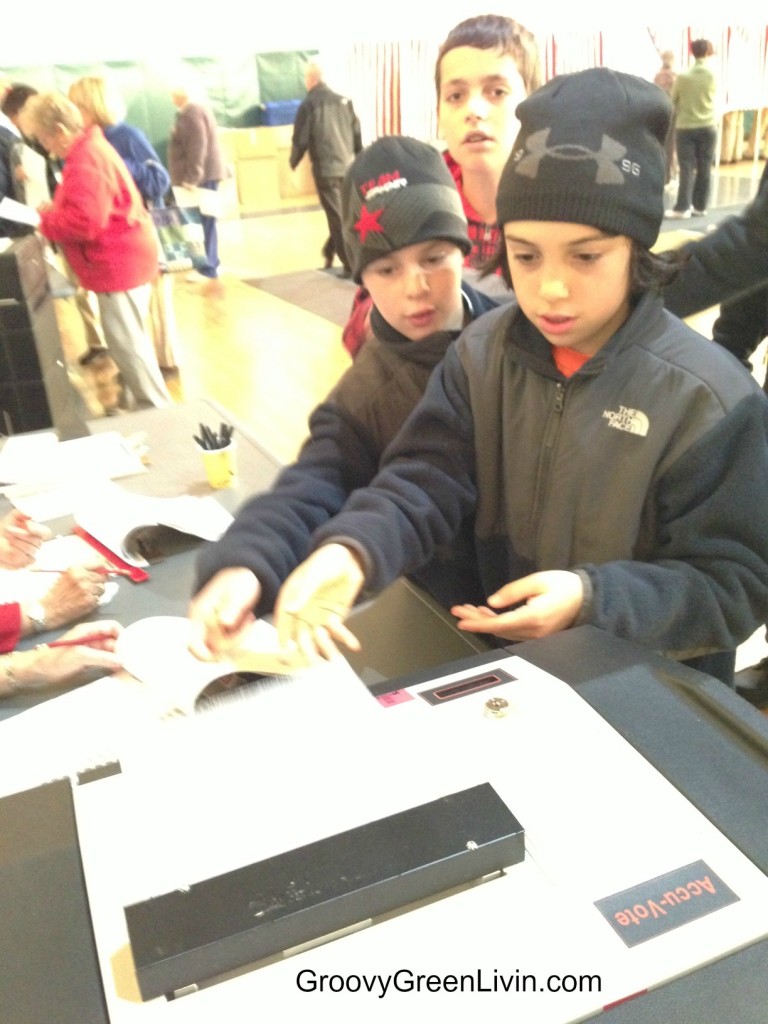 Was it worth it?

In my book-absolutely. Even though my kids clearly haven’t formed their own political opinions (they tend to spew out our beliefs and support our candidates), observing and participating in the process will hopefully create at the very least a memory. Who knows if it will instill a feeling of civic responsibility in the future? They’ll have to make their own choices in a few years.

Truthfully my kids were most interested in the bake sale outside the school. Right now I think that’s what they’ll remember and I’m OK with that.

Did you take your kids with you to vote?

In honor of Wordless Wednesday I’ve linked up with Better in Bulk, I Thought I Knew Mama, Dagmar’s Momsense, The Progressive Parent, Live and Love Out Loud, Project Alicia. 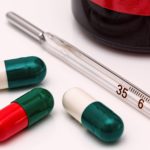 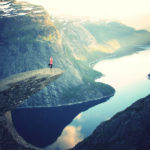