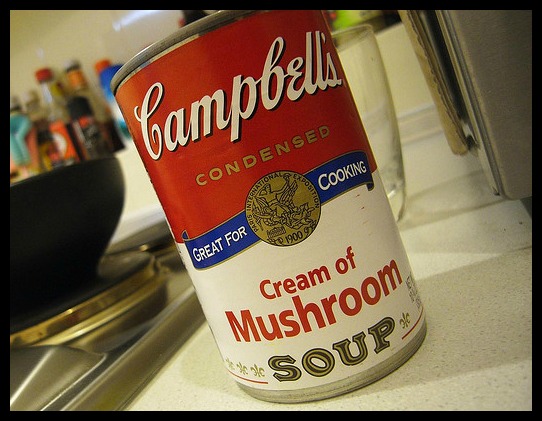 For the past seven years, BPA has been on the minds of parents, consumers and public health advocates. I’ve been following the BPA issue closely and devoted much of my writing to this topic. I was even interviewed by ABC World News about the FDA’s decision not to ban BPA. There have been some wonderful victories during the seven years, including 11 states taking action to ban BPA from baby products.

Since a groundbreaking study co-published by the Breast Cancer Fund and Silent Spring Institute showed that food packaging was a major source of BPA exposure, consumers have started to shift their attention to BPA in canned food.  The study found dangerous levels of BPA were even found in a wide variety of canned foods specifically marketed towards kids. Over the past year, consumers sent more than 70,000 messages to canned food companies telling them to stop using BPA and to replace it with a safer alternative.

The good news is that many companies are starting to listen. Muir Glen tomatoes, Trader Joe’s and Eden Foods have all been credited with eliminating BPA from some of their can linings. I recently wrote about Campbell’s announcing its plan to move away from BPA.

Removing BPA is a start, but not enough

Removing BPA from can linings is a great start, but it’s still not enough. With the exception of Eden Foods, most companies have not been transparent about the alternatives they will use in place of BPA. The information is nowhere to be found on their websites.

We want companies to know that “BPA-free” isn’t enough. As new alternatives to BPA are discovered some troubling information has been uncovered.  The notoriously bad plastic PVC is an FDA-approved alternative for BPA in can linings, despite the fact that vinyl chloride is a known human carcinogen.

That’s why the Breast Cancer Fund’s Cans Not Cancer campaign is demanding that manufacturers publicly disclose what they’re using instead of BPA so that we, as consumers, know what we’re eating. We understand the challenges of moving away from BPA, but that makes it all the more important for manufacturers to be transparent about the chemicals they’re using instead and the review process that led them to that particular alternative.

Still no word from Campbell’s, so today (June 12) the Breast Cancer Fund launched a social media day of action, demanding that Campbell’s make public what BPA alternatives it is using or plans to use. Our message is that Campbell’s decision to move away from BPA is a victory for consumers, who have been demanding this change, but to truly be an industry leader, the company needs to fully disclose the alternatives that will be used.

The study released by the Breast Cancer Fund and Silent Spring Institute shows shows that we can reduce our BPA exposure significantly by cooking fresh foods at home, avoiding canned foods, choosing glass and stainless steel food and beverage containers, and not microwaving in plastic.

We are all sharing posts on our Facebook pages to hopefully get Campbell’s attention. Here’s a sample post:

•    #BPA free does not=safe. Tell us companies: what are you using instead? Is it safe? http://bit.ly/BPA-FAQ  #CansNotCancer

There’s no way to completely avoid BPA until Congress passes the Safe Chemicals Act, which will require chemical manufacturers to show their products are safe before they end up in the things we buy. The chemical industry has acknowledged the need for federal reform of the chemical policy to restore public confidence in the safety of their products.  Now they just need to do something about it.

If you would like to help- check out the many ways to GET INVOLVED over at Safer Chemicals Healthy Families, Breast Cancer Fund, Healthy Child Healthy World and Moms Clean Air Force.

Do you avoid BPA? How about BPA free products?