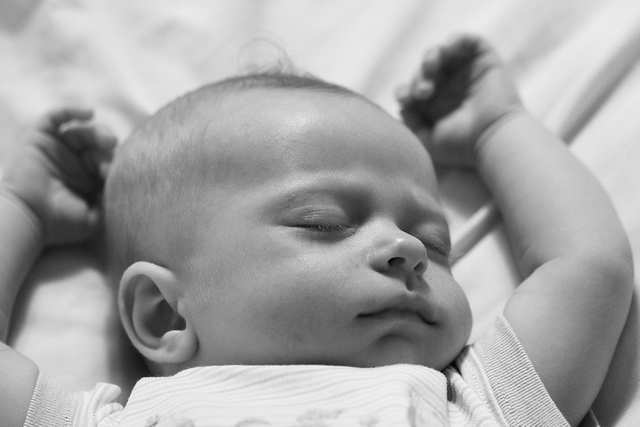 Around 11 p.m. most nights I find myself standing at the foot of each of my three boys’ beds. I stand and I listen. Sometimes it’s hard to hear over the roar of the heat or the drone of the fan, but I don’t leave until the sound I’m waiting for is confirmed. I patiently stay until I hear the air moving in and out of their lungs. Then I can sleep.

I’m really not one of those neurotic parents-actually I like to think of myself as pretty easy going. But I have reason to wait each night for that gasp of breath. Over the years my middle son has landed himself in the hospital several times for severe breathing problems related to asthma. Watching him wheeze and struggle for a breathe is a vision that’s hard to shake. Knowing what the outcome could be if his breathing is not regulated is unimaginable.

I’ve always wondered why this tiny little being was afflicted with something so random, so unexplainable. And knowing that so many others are suffering from similar afflictions is unthinkable.

Asthma is on the rise

Reports show asthma is on the rise. For the last several decades the number of people with asthma has risen, but between 2001 and 2009 it shot up 12.3 percent. About one in 12 people in the United States now has asthma.

Asthma is triggered by air pollution

According to Rachel Miller, deputy director of Columbia Center for Children’s Environmental Health:

We can say for sure that [the rise in asthma cases] is unlikely to be due to genetics because the changes have been too rapid and recent for that.

It’s clear that environmental factors have become a large contributing factor in the significant increase of asthma cases.  Air pollution from cars, factories, and power plants are all linked to asthma, as well as other air pollutants including tobacco smoke, and indoor allergens (dust mites, cockroaches, dogs, cats, rodents, molds, and fungi).  Millions of Americans, including nearly 37 million children, live in areas where smog makes the air unhealthy to breathe.

Bad move Mr. President, but that won’t stop me

In a controversial and disappointing decision, President Obama asked the EPA to withdraw proposed clean air regulations. According to the Associated Press, “The regulation would have reduced concentrations of ground-level ozone, the main ingredient in smog, a powerful lung irritant that can cause asthma and other lung ailments.”

In spite of President Obama’s step in the wrong direction, there’s so much more that can be done. For my son and all others afflicted with asthma and other respiratory related issues I refuse to sit idle and wait for the President’s next breathe.

The time is NOW to collectively join forces and voices to remind the President and the rest of Washington that clean air is a priority for all.