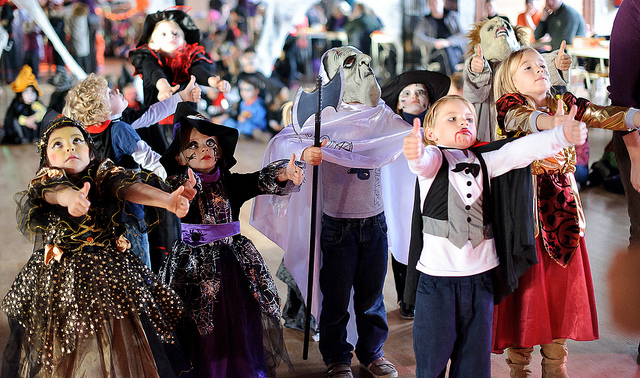 Halloween is one of those holidays that’s easy to love- it’s a chance to stay local, spend time with neighbors and check out all of the creative costumes.

The costume catalogs are already flooding our mailbox and my kids have spent endless hours discussing and debating what their Halloween costumes of choice will be this year. So far the top pics include a banana, ninja with two swords and a zombie.  It’s hard not to get caught up in their excitement and imagine how adorable they’ll look in each costume.

Good news: There’s a way to make this Halloween eek-o-friendly by participating in a National Costume DayTM swap. Time to put a little green into our Halloween.

What is a National Costume DayTM Swap? 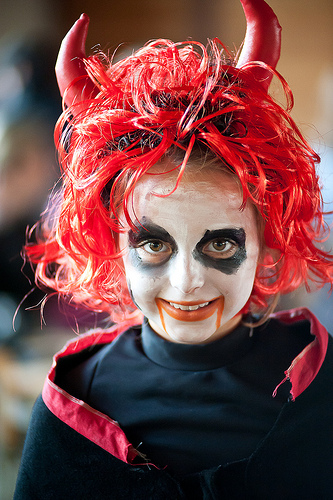 This year Green Halloween, Kiwi Magazine and Swap.com have partnered together to promote National Costume Day TM Swap on October 8, 2011. There will be costume swaps taking place all over the country. It’s your chance to bring your slightly used Harry Potter costume and trade it in for that much needed banana getup.

Swapping half the costumes kids wear at Halloween would reduce annual landfill waste by 6,250 tons, equal to the weight of 2,500 midsize cars! Costume swaps can be a lot of fun and are a great way to kick off the Green Halloween® season. There is no cost to you-just bring an old costume to swap!

How to find a swap

Take a peek at the extensive list of swaps to see if any are happening in your neck of the woods. No worries if you miss the October 8th swap day-new swaps will be registering every day right up to Halloween.

No swap near you-host your own

It’s easy to host a swap and there is no cost to register. There’s even a great list of Costume Swap How-To’s with simple steps for creating an eek-o-fabulous event.

So…what’s it going to be? Are you ready to swap? Anyone have a banana costume-size 12?