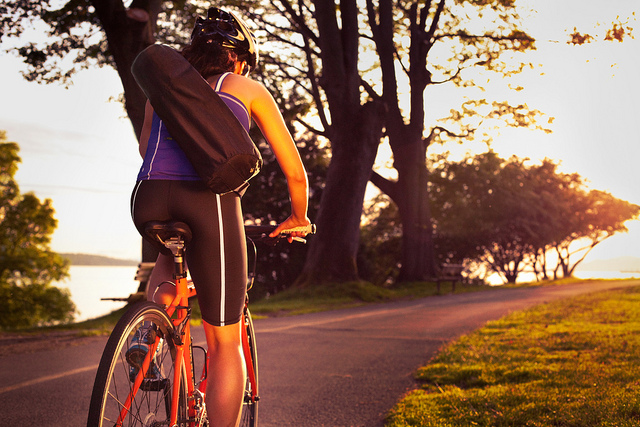 To my parents, in-laws and anyone else who doesn’t want to hear about my menstrual cycle: this post isn’t for you. For the rest of you brave souls, read on…..

A while back I introduced you to the reusable Softcup. Softcup is a flexible cup, worn internally around your cervix that collects rather than absorbs menstrual flow. It replaces the need for tampons and pads if used properly. You can use one reusable softcup throughout an entire cycle…saving you money and helping the environment.

Why make the switch to Softcup from conventional tampons and pads?

Not too long ago Kimberly-Clark recalled over 1,400 cartons of tampons, claiming the plastic tubing could contain a bacteria capable of causing “dangerous infections”.

Softcup has never had a reported incidence of Toxic Shock Syndrome. More good news: it doesn’t contain any of the following:

Softcup: the greener option during a workout

I’m a workout-a-holic. I like to be active most days-could be a run, cycling, kickboxing, yoga or skiing (finally there’s snow!). During my workouts I’m moving at a relatively high intensity-jumping around. When it’s that time of the month I used to dread my workouts for fear that my tampon would need to be changed during class or wouldn’t stay where it was supposed to stay. This was especially worrisome when I was a teenager. I have vivid memories of the fear of leakage at an inopportune time. There have been too many times to count when I’ve forgotten my trusty supply of tampons. I’ve had to seek out tampons in some pretty embarrassing situations (haven’t we all?).

I’ve been using Softcup for about 2 months and my learning curve continues. I’m still not perfect at placement (I’m at best awkward), but I’m certainly more comfortable. It’s not easy, but practice will hopefully payoff. One of my favorite Softcup features is that you can wear it for up to 12 hours during any activity. If it’s in properly, you won’t even know it’s there. Softcup is reusable so there’s no need to bring a carton of tampons along. Since I was constantly forgetting them, this was a huge relief.

Ahh-that wasn’t so bad. I think my parents and in-laws could have handled that.  This isn’t the end of my Softcup journey. Thanks to the kind people at Softcup, my Softcup adventures will continue and I will be sharing more not-so-gory menstrual cup details with you.

Have you tried Softcup or any reusable menstrual cup?

Disclosure of Material Connection: I have been hired by Evofem, the parent company for Softcup, in their Softcup Brand Ambassador Program.  This is a “sponsored post.”  Evofem sent me a sample of Softcup and compensated me via a cash payment for this post. Regardless, I only recommend products or services I use personally and believe will be good for my readers and only share my honest opinion. I am disclosing this in accordance with the Federal Trade Commission’s 16 CFR, Part 255: “Guides Concerning the Use of Endorsements and Testimonials in Advertising.”