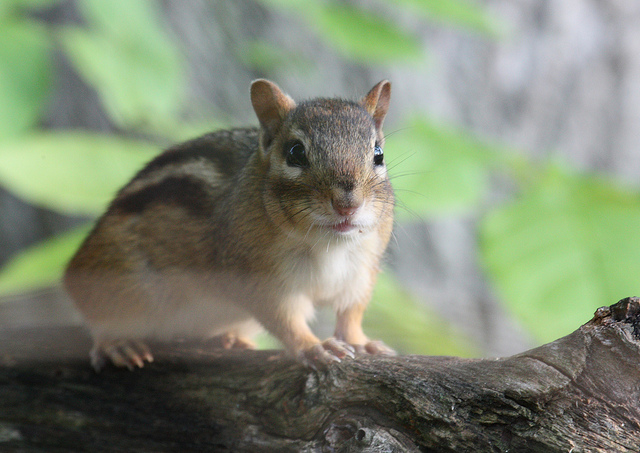 Strange title for a post, isn’t it? Right now there’s a  chipmunk in my life. I feel like I’m in my own little Caddyshack -remember Bill Murray chasing a gopher? That’s me right now. There’s one big problem – I have no idea where the chipmunk is.

This is not quite how I envisioned my first few days of summer. My vision was in fact very different. Me working quietly from my office, going on a mid-day run, hanging with my husband while my kids kick off 4 weeks at overnight camp.

Everything came to a screeching halt when I saw a small tail peeking out from behind our family room sofa.

Let me take a minute to share the backstory.

Way back around Halloween I decided to store old, unopened bags of Halloween candy on a bench in our garage. I forgot about them. Mistake number 1.

About a month ago my youngest son reported finding an empty candy wrapper outside the garage and proudly proclaimed “it wasn’t me!” We found another wrapper in the garage a few days later, which led us to the bags of unused Halloween candy on the bench. A chipmunk had broken in and stolen a few chocolate bars.

I tossed the half eaten candy and moved a second bag of unopened, untouched candy into  a closet in the house.

Fast forward to yesterday. While working, I left the door from our garage into our house open. Mistake number 2.

The chipmunk decided to come in and somehow managed to find the unopened, uneaten bag of old Halloween candy. Seriously smart chipmunk. I found another candy wrapper on the stairs before spotting the chipmunk.

I freaked. Yes, I know that I’m a lot bigger than a little chipmunk, but it was in my house. It had crossed a line.

How I got rid of the chipmunk……I think

I called for help. Thankfully I was able to reach a sweet friend who’s in the know when it comes to this sort of thing. I certainly was not. This was well beyond my pay grade.

I went to a local hardware store and purchased a Have a Heart Trap. This was the two door, easy set trap that took me over a half an hour to figure out. The goal was to capture the chipmunk and set it free outside.

All the bedroom doors were closed before going to the store. When I came home my son’s door was slightly ajar. Then I spotted the tail again in his room. Smart chipmunk.

The Have a Heart Trap was set with peanut butter in my son’s room. I was also advised to open a window and remove the screen so the chipmunk could escape. Done.

His door was closed and I patiently waited for the sound of the trap working. Nothing.

So here’s where I’m at right now: No chipmunk in the trap. No chipmunk sighting. No idea if  it exited through the window. No sleep for me.

What would you do? Assume that it’s out? Call wildlife rescue to come over and confirm that it’s out (this one is high on my list right now)? Keep the room sealed for a few days and hope for the best? Advice needed……