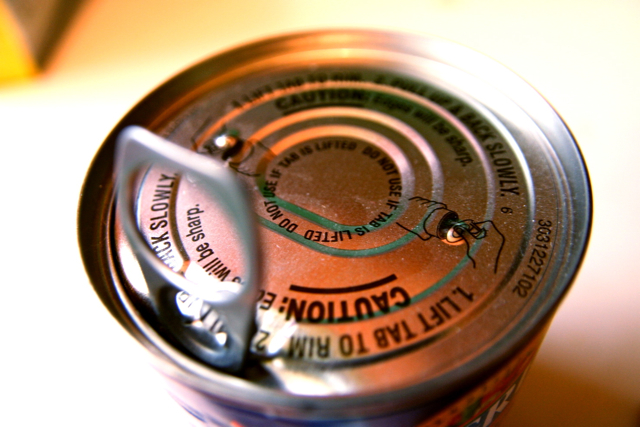 For those of you who missed the national news on Saturday night, as I did, here is the clip from my appearance on ABC World News Tonight discussing bisphenol A (BPA).

The FDA’s refusal to ban BPA was a tremendous disappointment.

My interview with ABC World News with Diane Sawyer took place on Friday afternoon, just as the FDA rejected the Natural Resources Defense Council petition requesting that the toxic chemical bisphenol A, or BPA, be declared unsafe and banned from food packaging.

The body of evidence against BPA has been mounting over the years we’ve been calling on the FDA to make a definitive determination on BPA’s safety. Most of us are exposed to BPA every day. In fact, the CDC found BPA in 93 percent of all Americans tested, and the National Institutes of Health point to food packaging, including food cans, which are lined with BPA, as a major route of exposure. BPA has been found in blood and urine of pregnant women, in the umbilical cord blood of newborns and in breast milk soon after women gave birth. Nearly 200 lab studies show that exposures to even low doses of BPA, particularly during pregnancy and early infancy, are associated with a wide range of adverse health effects later in life, including breast cancer. Studies show that BPA exposure can make non-cancerous breast cells grow and survive like cancer cells, and can actually make the cells less responsive to the cancer-inhibiting effects of tamoxifen, a drug used in the treatment of breast cancer.

In my opinion the FDA’s decision was unfounded and weak. Simply put: BPA doesn’t belong in our food packaging.

What can we do to avoid BPA?

The influx of emails and comments that I have received since this piece aired has confirmed and strengthened my belief that together we can make a difference on this issue and many other issues affecting our health. If we choose not to purchase products that have BPA then the companies will hear our demands and have no choice but to make a change. Perhaps they will follow Campbell’s Soup’s lead and initiate the process of removing BPA because of consumer demand.

BPA free may not be safe

Many comments have raised the issue that a BPA replacement might be just as dangerous. While I agree with the concern, we need to take this journey one baby step at a time.

There is no excuse for this. BPA doesn’t belong anywhere near our food.  Please take the time to tell these companies that we are not OK with this.

How do you avoid BPA?