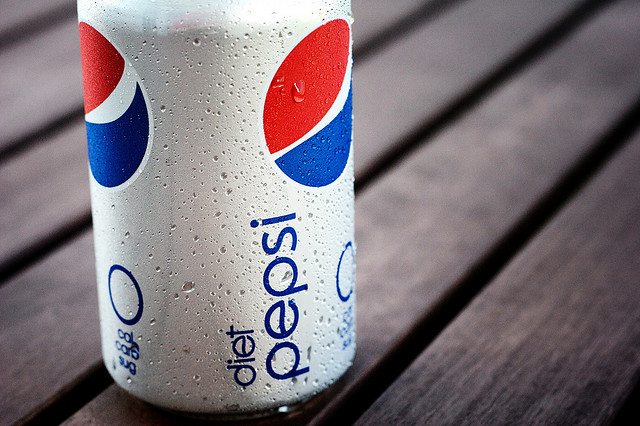 Diet Coke has taken the lead for the first time ever over its arch-rival, Pepsi-Cola, to become the second-most popular soft drink in the country behind Coca-Cola.  Unfortunately, both come with their own set of problems:  Coke is packed with High Fructose Corn Syrup (it’s listed as the second ingredient) and Diet Coke is sweetened with Aspartame .

I remember my college roommate having a case of TAB (do they make TAB anymore?) on hand at all times.  TAB was filled with caffeine and aspartame-so there were no calories and it would help us stay awake studying for exams ( a college students BFF).  Today soda is still in fashion with the average American drinking 736 “eight-ounce servings” of soda each year.

Aspartame-the bad and the ugly

Aspartame is found in many different products from soda to children’s vitamins. A new Danish study has found a significant link between drinking diet soda and pre-term delivery. The European Parliament is now pushing for a label on foods that contain aspartame (the technical name for brands such as NutraSweet, Equal, Spoonful, and Equal-Measure). If passed, the new label will read “Contains aspartame (a source of phenylalanine; might be unsuitable for pregnant women.)” A second Italian study (Soffritti et al., 2010) confirmed that aspartame is a carcinogenic agent in both male mice and rats.

Should we be concerned?

The Italian and Danish studies are just the tip of the iceberg –there is more uncovering to come. But we do have enough information to know that aspartame and other artificial sweeteners are toxic and shouldn’t be consumed. Aspartame is 200 times sweeter than sugar. Chugging a Diet Coke or two every day could cause you to have a heart attack, stroke, or other major heart event.

Aspartame has already been banned by the European Common Market from any children’s products, but the United States and Canada have not taken any similar precautions. Here we go again…..why is the US sitting back and failing to protect its citizens?

There is an argument that artificial sweeteners are recommended for those trying to lose weight or diabetics. However, if someone is trying to cut back on calories or control their diabetes it would seem to make more sense to recommend eating “real” foods-fruits, vegetables, whole grains and other foods that are not refined and processed.

A few years back a study found mercury contamination in HFCS.  This form of sugar is highly processed and has been linked to all sorts of health issues including obesity, cavities and a host of other health concerns and diseases.

Michael Pollan, author of The Omnivore’s Dilemma, found HFCS in an entire McDonald’s meal, there was HFCS not only in his 32-ounce soda, but in the ketchup and the bun of his cheeseburger — and Pollan fingers it as the prime culprit in the nation’s obesity epidemic. In a recent Fooducate article, they indicate that the trend is for manufacturers who used HFCS in their products to switch back to sugar. I’m not sure this is the best solution since sugar has its own baggage, but it’s a step in the right direction.

Bottom line for HFCS: Found in many refined foods. It can contribute to obesity and/or other serious health conditions.

My bottom line: Put down your soda-diet or regular and go and grab yourself a glass of water.

What do you think about artificial sweeteners?  Do we need them in our food or drink?

If you would like more information – here are some fabulous resources: