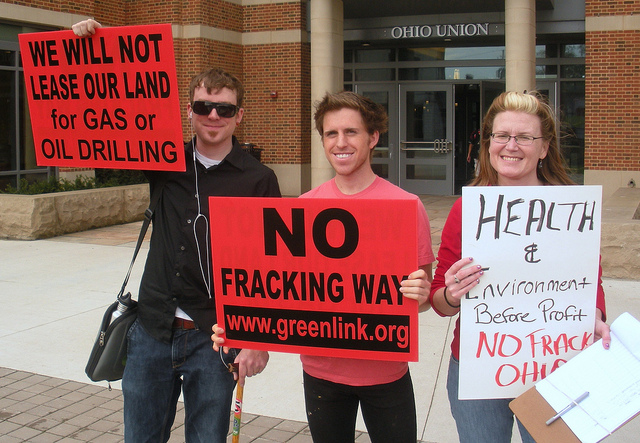 What the Frack is Going on?

Fracking (short for Hydraulic Fracturing) is what’s going on-and it could be happening in your backyard.  In the US fracking is underway in 36 states.

There’s big buzz about fracking these days-some for and some against.  Josh Fox ‘s documentary, Gasland,  outlines the frightening issues surrounding fracking. His story begins in 2008 when Josh’s family got a letter from an energy company offering them close to $100,000 for the rights to drill for natural gas on their land in Pennsylvania. His family’s 19.5 acres were on the Marcellus Shale, a field of natural gas deposits stretching from New York to West Virginia. The letter kicked off Josh’s journey to uncover and understand what hydraulic fracturing was.  Josh traveled to 20 states to interview families that had decided to lease their land to energy companies and what he found was terrifying and shocking.

Hydraulic fracturing or fracking is a way to extract natural gas from the ground. Wells are drilled and millions of gallons of water, sand and a mixture of 596 (yes, 596!) proprietary chemicals are injected, under high pressure, into the well in order to extract the natural gas. The pressure fractures the shale and props open fissures that allow the natural gas to flow out of the well.

Natural gas companies contact land owners along natural gas depositories and offer them a fee to lease their land to extract natural gas.

For an entertaining explanation of fracking watch this great video put together by NYU journalism students in collaboration with ProPublica.org entitled “My Water’s On Fire Tonight”.

How do these energy companies have the right to frack?

In 1974, the Safe Drinking Water Act (SDWA) was passed by Congress to ensure clean drinking water free from both natural and man-made contaminates.  In 2005, the Bush/ Cheney Energy Bill exempted natural gas drilling from the Safe Drinking Water Act so they aren’t required to disclose the chemicals used during fracking.  So there you have it-it’s legal for these companies to frack with 596 undisclosed chemicals in our backyards or our neighbors yards.

The issue is real. We do need clean energy sources, but we also need to preserve our ecosystems and clean drinking water.I don’t want fracking in my backyard or yours. My backyard is your backyard.

Is there fracking near you?

This post is part of the Global Frackdown: Separating Fact from fiction – Speaking out for our Children and Our Future blog carnival. Head on over to see what others have to say about fracking. 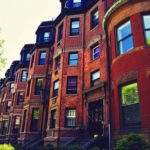