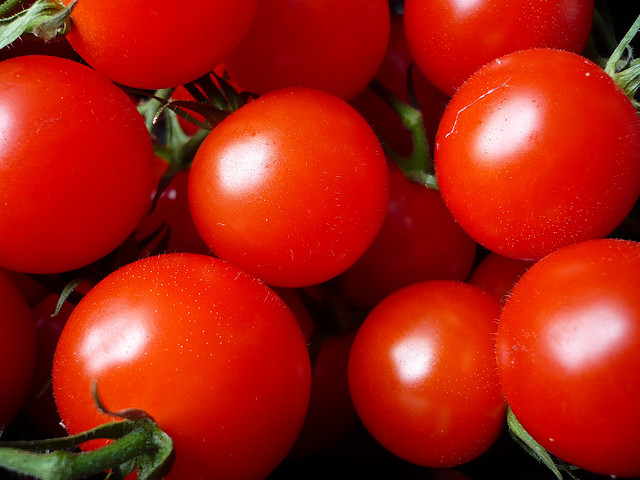 Today I am honored to share a guest post by Mike Lieberman of Urban Organic Gardner. In his post Mike sheds some light on how and why we have lost our connection to our food source.

In the past 100 or so years it’s become apparent that as a society we have lost our connect with our food. How many people do you know grow or ever grew any of their food?

For thousands of years growing food was something that nearly all Americans did. They might have been growing to support their own family or to help out their community. Regardless of the reason, it’s just the way it was.

Fast forward to modern times and we now look to large corporations to supply us with the food that we used to produce ourselves. There have been other things that have take priority in our lives. Because of this we have lost that connection with our food.

We now take food for granted and always expect it to be there and in abundance. In such a short time span, we have shifted extremes. We used to be so involved with our food and now we have no clue about it. Most people question why we should bother to grow our own food.

It’s encouraging to see people are starting to change, whether it’s through urban gardening, inquiring more about their food, where it is coming from and what’s happening to it before it gets to our plates.
I definitely think that we should ask where I food came from, but we should also ask when did this change? How did this change so quickly?

There is no one single even that brought us to where we are today. There are many. Here are four major ones that stand out in my mind:

It was after World War I that pesticides and chemicals started to be used regularly on crops. The rationale given was that they helped to protect the crops from pests and they help to produce a higher yield.

The use of pesticides and sprays led to the mass farming practices that are still being practiced today.

This is one that people usually see that statement at face value and explode. This is a concept that I actually got from two women – Barbara Kingsolver in her book Animal, Vegetable, Miracle and from Shannon Hayes in Radical Homemakers.

In these books they discuss how the women’s liberation movement was marketed as empowering women by getting them into the work force and out of the kitchen.

It absolutely achieved that goal, but it left those household tasks to be done by others. Guess what else started to become popular around the same time? Heavily processed foods started to show up in the stores and being pushed. TV Dinner anyone?
Traditionally women spent their time at home preparing meals for their family and tending to some household tasks. I am by no means devaluing these tasks as they are extremely important. The matriarch would source the food from the home or community garden, but now didn’t have the time to do so. They had a better connection with what was going into the bodies of their families because they were picking and preparing it.

Suddenly someone else was put in charge with this responsibility and it was coming in a packaged box.

Food was able to be shipped longer distances when the prices of oil started to decline. If you take that and pair it with the sprayed produce that allowed farmers to grow massive amounts of crops and ship them longer distances even globally..
This allowed people could now get their (cheaper) produce from a farmer that was thousands of miles away and spraying who knows what on it.

The fact that you can get exotic fruits and veggies to your area started to become a class and luxury thing that you could live in a colder climate and get pineapples year round. Now it was possible to get strawberries anytime of the year even though it was winter time in New York. 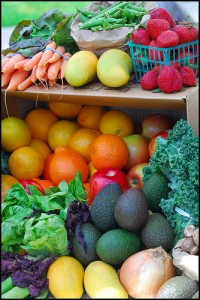 Advertising neatly ties this all together for us. Marketers and ad agencies are some of the smartest people in the world. They know how to illicit responses from their target markets. It’s quite admirable.

They couldn’t possibly call it what is actually is – chemically sprayed. The method that was around forever got the new label and has been given a snobbish aura to it. Organic is the way that produce has been farmed for thousands of years.

These newly processed foods were pitched to busy women as, “you don’t have time to cook a meal for your family. We can do it for you.”

How can we take back our food from the corporations?

I don’t want to offer up a bunch of problems and offer no solutions. There are already too many problems in the world to not offer solutions.

There are simple ways that you can take food back from the corporations and bring it into your household. You can start to grow your own food. Space and experience aren’t excuses as I’ve been apartment gardening since 2009. You don’t have to have a huge garden or tons of land. If you do have tons of land, use it! If you don’t want to grow your own, shop at your local farmers market. Get to know your grower. Ask them how their produce is treated. Support them.

Just growing one plant will certainly make a difference and help you to reestablish that connection with your food. It can be a simple herb in your windowsill. Nothing fancy or crazy.

What do you/will you grow?

Through his blog UrbanOrganicGardener.com and social media, Mike Lieberman shares his expertise on urban gardening, green living and real food. He inspires others to start growing their own food and believes that growing just one herb or vegetable will make a difference. It will help to cut back the intensive resources that go into the production and transport of food to our plates. It will also help us to re-establish our connection with food that we’ve lost over the past few years. We are humans. We grow food. Connect with Mike on his blog,Twitter orFacebook.