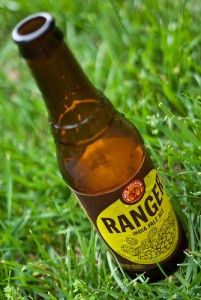 If you think about it, Halloween kicks off  the holiday season. During this busy time of year beer, wine and other alcoholic beverages are plentiful. Many of us imbibe a little more than usual with the hope of enhancing our holiday cheer. Although I have had many opportunities to become a beer drinker, I have never acquired a taste for it.  My category of choice would be “wine consumer-wannabe expert”.

So why am I writing a post on beer? Because I am intrigued by a growing movement to make eco-conscious beer.  Spending some time this past summer with one of my favorite beer loving friends, I was able to learn a lot about this growing trend in the beer industry.  Many brewers are attempting to address issues such as climate change, energy security, and sustainability. Here are a few of the many taking the lead in the ‘green’ brewery movement:

Drink Your Beer in an Eco-Friendly Growler 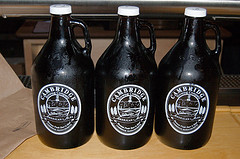 Don’t know what a growler is-you’re not alone.  The New York Times calls beer drinking in a growler the beer accessory of the moment.  Growlers are reusable, refillable jugs that some breweries will fill with freshly brewed beer and sell. You can take a growler home, drink up, wash the jug, and take it back to be refilled or returned.

Have you tried any of these beers-or any other eco-friendly brews?

Now that you know all about ‘green’ beer stay tuned for info on a very cool company, Rotorcaps,  that reuses beer bottle caps to make super funky jewelry.

You must be in compliance with your state’s legal drinking age to try any of these brews.  Also, please remember to drink responsibly.