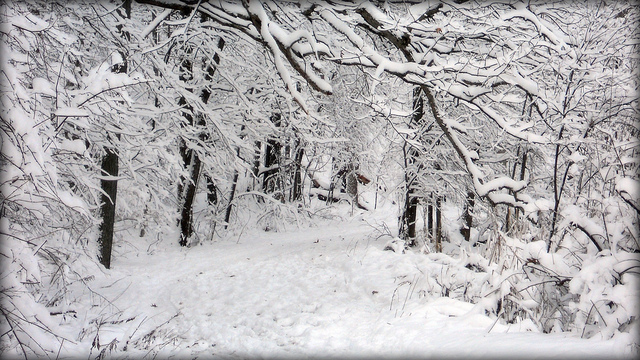 Nemo is here. Filmmaker Albert Brooks ‏tweeted, “They have named this new Nor’easter Nemo. I am not looking for it.” Nemo arrived  later than predicted, but it found us and is still dumping snow as I write. When we wake up in the morning we could have over 24 inches on the ground. Thank you Nemo.

There wasn’t a lot of quiet before the storm. This was a week filled with all sorts of action. Here are a few highlights.

My interview with the Boston Globe

Thank you to Beth Daley, Environment Reporter for the Boston Globe for interviewing me about the Tide petition victory. The Green Blog in the Boston Globe ran the story entitled: Local green blogger helps lead fight to get chemical out of Tide.

Petition: Powerade: If Gatorade can take crazy chemical BVO out of sports drinks, so can you

A 15 year old girl named Sarah Kavanagh asked Gatorade to stop using BVO-patented as a flame retardant that’s been banned in Europe and Japan-and they stopped! Now she’s asking Powerade to take the BVO out of their drinks. If you want to help get the BVO out you can sign Sarah’s petition HERE.

Tell Dolce & Gabbana to stop their launch of BABY perfume

Yes, you read that correctly. Dolce & Gabbana is planning to launch baby perfume in the US. I happen to think babies smell delicious without any added fragrance. The Campaign for Safe Cosmetics says “Fragrances are likely to contain chemicals that that may contribute to diseases later in life, including breast cancer, obesity, infertility, asthma, allergies and more.” There’s more- Dolce & Gabbana is a Procter & Gamble brand! We know that P & G will listen to consumer demand so let’s tell them that we don’t want a perfume for babies.

Here’s how you can help: The Campaign for Safe Cosmetics launched a letter-writing campaign to Robert McDonald, CEO of Procter & Gamble asking the company to “do their part to protect the most vulnerable members of our society, not place them at greater risk of harm” and asking Procter & Gamble to stop the sale of D&G’s baby perfume and eliminate chemicals of concern from their baby and adult personal care products.

Truth be told I’m generally a red wine drinker, but organic Ocean Vodka  has a good story to tell. Made in Hawaii, this vodka is certified USDA organic, gluten-free and the only vodka made from organic sugar cane. The bottles are made from 60% recycled glass. Ocean Vodka donates a portion of their profits to ocean conservation efforts. I decided to give it a taste and being the wimpy drinker that I am I mixed it with some organic orange juice. Not bad. If I’m ever in the market for vodka it’s nice to know there’s an organic alternative and a company that puts it best foot forward when it comes to the environment.

If we’re cooped up inside for days on end thanks to Nemo I might have to try more organic Ocean Vodka.

Are you in Nemo’s path? Stay warm and safe!

Disclosure: I received a bottle of organic Ocean Vodka to try. All opinions are my very own.