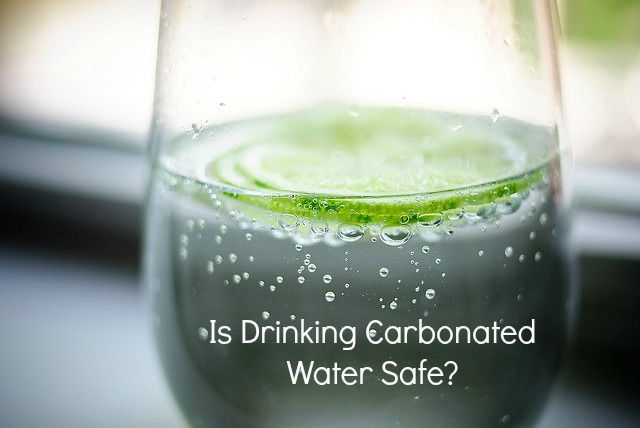 Carbonated water is water in which carbon dioxide gas has been dissolved and little bubbles form. We recently started making our own carbonated water at home with a Sodastream. We generally add a squeeze of lemon or lime to create a low calorie alternative to still water. The kids all love it and our Sodastream

is working on overtime.

Personally I’m not a fan of carbonated water, but the rest of my family can’t get enough. Since this love of sparkling water has turned into a bit of an addiction I decided to do a little homework to make sure that consuming a lot of the bubbly stuff wasn’t impacting our health.

Is carbonated water bad for your bones?

The rumors about carbonated water being bad for your health likely began in the early 1990’s when poorly reported studies were published which suggested that drinking soda, specifically cola, raises the risk of bone fractures among adolescent girls and older women who were former college athletes.  No association between non-cola soft drinks and bone fractures was found.  According to the National Osteoporosis Foundation (NOF) “there is no connection between the carbonation in soft drinks and bone loss. In fact, certain carbonated mineral waters have been shown to improve bone health.”

ANSWER: NO. There is no connection between the carbonation in soft drinks and bone loss.

Does carbonation cause tooth decay?

Usually tooth erosion comes from drinking soda and other soft drinks that are filled with sugar. The sugar combined with the carbonation can cause tooth decay-not the carbonation alone. Be wary of any added flavoring and take the time to read the label even if you think there is no added sugar.

According to a 2001 study published in the Journal of Oral Rehabilitation, “sparkling mineral waters showed slightly greater dissolution than still waters, but levels remained low and were of the order of one hundred times less than the comparator soft drinks.”

The flavor packets that come with most home carbinators should be avoided. That’s where the sneaky sugar is generally hiding.

ANSWER: NO. Carbonation doesn’t seem to have a significant effect on tooth enamel erosion.

When I was a child I remember the first thing my mother gave me to soothe an upset stomach was a glass of ginger ale. The combination of ginger (known to ease a stomachache or to relieve motion sickness) and carbonation worked wonders.

Carbonated water eases the symptoms of indigestion (dyspepsia) and constipation, according to a study in the European Journal of Gastroenterology and Hepatology.

ANSWER: NO. There are no known negative effects of sparkling water on your stomach.

Bottom Line: Carbonated water is basically harmless. It’s just water and bubbles. An added bonus: by using a home carbonator you’re creating a positive impact on the environment by not using all the plastic bottles and cans generated from the store bought version. You’re also saving money in the long run. Enjoy!