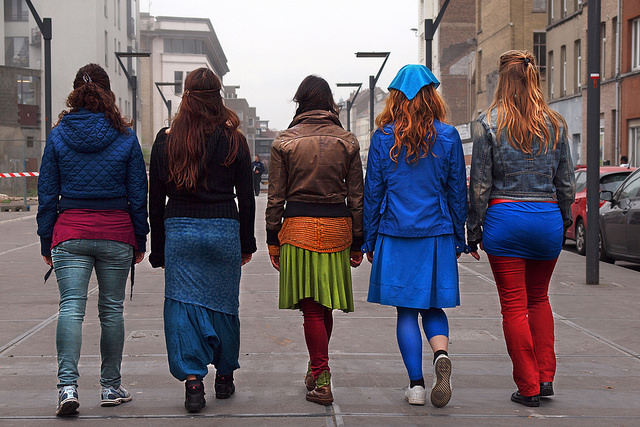 Softcup and I are friends again.

A while back I introduced you to the reusable Softcup. Let me be clear-we were never not friends, but I took a break.

What is Softcup? Bye bye tampons and pads

Never heard of a menstrual cup? Softcup is a flexible cup, worn internally around your cervix (do you know where your cervix is?), that collects rather than absorbs menstrual flow. It replaces the need for tampons and pads if used properly.

There are two Softcup options:

I tried SoftCup a few times over the past few years and actually liked it.

But then I became lazy and went back to my trusty organic tampons.

Well, I’m back again Softcup and this time I think I’m here to stay.

Time to “green” your period

Fifty to 70 percent of American women use tampons. A typical woman can use anywhere between 8,000 and 17,000 tampons in her lifetime. The number varies quite a bit since every woman is unique and her cycle is different. The average woman throws away up to 300 pounds of feminine hygiene related products in a lifetime. Then there’s the plastic wrapper around the tampon box, tampon or pads and the paper or plastic packaging around every box and individual tampon or pad. I haven’t even mentioned the cardboard or plastic applicator. So much waste.

The process to make each and every tampon and pad also involves a lot of waste. The cotton alone is resource intensive as the farming of cotton requires large amounts of water, pesticides and fertilizer.

When I was asked to try out Softcup again I have to admit I was a bit apprehensive. My box of organic tampons was working just fine and I wasn’t sure I wanted to change it up again. But then I thought about all that waste……

Picking up right where I left off I still have a bit of a Softcup learning curve to work through. I’ve been using Softcup for the past month and I’m still not perfect at placement (I’m at best awkward), but I’m certainly more comfortable. It’s not easy, but I know from past experience that practice will payoff.

One of my favorite Softcup features is that you can wear it for up to 12 hours during any activity. I’m pretty active and there are times when I’m out and about for hours at a time. Finding a spot to change a tampon is always challenging. Here are a few more reasons to steer clear of conventional tampons:

Send a Free Softcup to a Friend: Help a Sister Out Campaign

If you’re interested in trying out your own Softcup I have good news! On Tuesday May 20th at 1pm EST, Softcup will be hosting a Sampler event which will run until Tuesday June 3rd at 1 pm EST or until supplies run out.

During this time 15,000 free Softcup samples will be sent out!

Anytime between May 20th at 1 pm EST and June 3rd at 1 pm EST click HERE to Help a Sister Out by sending a free sample of a reusable Softcup (provided supplies don’t run out)!

Have you tried Softcup or a reusable menstrual cup? Tell me about it!

Disclosure of Material Connection: I have been hired by The Sampler App to write this post.  This is a “sponsored post.”  Softcup sent me a sample of Softcup and compensated me via a cash payment for this post. Regardless, I only recommend products or services I use personally and believe will be good for my readers and only share my honest opinion. I am disclosing this in accordance with the Federal Trade Commission’s 16 CFR, Part 255: “Guides Concerning the Use of Endorsements and Testimonials in Advertising.”