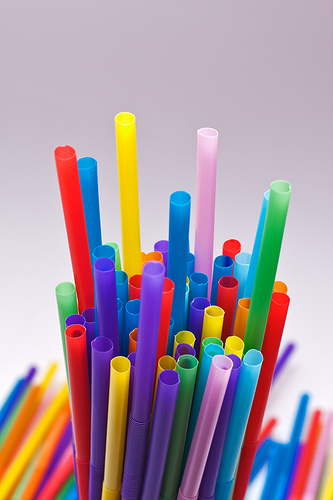 In today’s world life without plastic is hard to imagine. Plastic is everywhere-packaging, toys, bottles and personal care products. There has been buzz for many years about the safety of plastic. In a nutshell, plastic is generally toxic to produce, toxic to use, and toxic to dispose of (more to come on this in another post).

The amount of information available on plastics is daunting and the thought of eliminating plastic from our lives can be overwhelming. Beth Terry at Fake Plastic Fish has has documented her mission to live with as little unnecessary plastic as possible.

Before committing to living without plastic, the first step in Plastics 101 is getting to know our plastics.

Most common plastics have a three arrow triangular symbol with the numbers 1-7 (often found on the bottom of the product). Those numbers tell which containers are accepted by recyclers. They also give us the class of plastic and its chemical characteristics.

HERE ARE PLASTICS IN A NUTSHELL:

Now that you have this guide, take the time to look at the bottom of your plastic containers and get to know your plastics.

Step 5: Be Wise With Plastics

What Do Recycling Symbols on Plastics Mean?