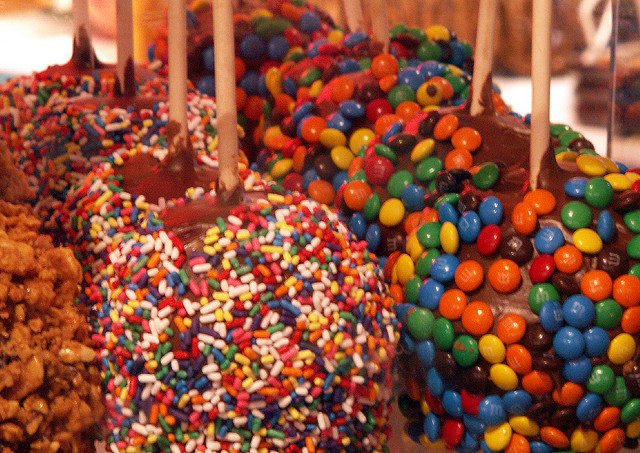 The FDA is MIA. One of the FDA’s prime responsibilities is to protect the public health by assuring that foods are safe. Oops-they clearly forgot to read that part of their job description.

A recent report from the National Cancer Institute showed a 9.4% increase in childhood cancer between 1992 and 2007.

Another report, issued by the Center for Science in the Public Interest,  showed food dyes—used in everything from M&Ms and Fruit Loops to Kraft Mac n Cheese—pose risks of cancer, hyperactivity in children, and allergies, and should be banned.  This month the FDA had an opportunity to act on this recommendation, but failed to do so and stuck by their long-held position that the dyes pose no risk to children or anyone else. The FDA’s decision (or lack thereof)  can be read as a flat out denial that artificial food dyes are making our children sick, or at the very least  an unwillingness to do anything about it.

You have to wonder what’s going on behind closed doors. Is there a financial incentive involved to protect the status quo?  The most absurd piece of this whole ongoing debate is that Kraft, Coca Cola and Wal-Mart have already voluntarily removed artificial food colors and dyes from their products that they distribute in other countries.

WHAT??? Yep, you read that correctly. Those companies no longer sell products with toxic food dyes in other countries-they only sell foods with toxic dye to our children, here in the United States. So let’s get this straight-they are ready, willing and able to remove the dangerous food dye and have done so in other places, but they’re not willing to do it here? You’ve got to be kidding me.

The System in the US is backwards

The burden of proof should be on the corporation, but it’s not. Our system is currently set up to enable corporations to get their products quickly onto the shelves of our grocery stores. Food safety issues are often raised after-the-fact and it becomes the burden of the consumer to provide evidence showing the toxicity of the food.  Laurie David and Robin O’Brien summed it up well by saying “Let’s start assuming chemicals are dangerous until proven safe, not the other way around”.

Let’s show these corporations that our children are important to us and we don’t need “more research” to see what these toxic substances are doing to them.

Do you think it’s possible to avoid foods with artificial food colors? Are there any other ways to take action?