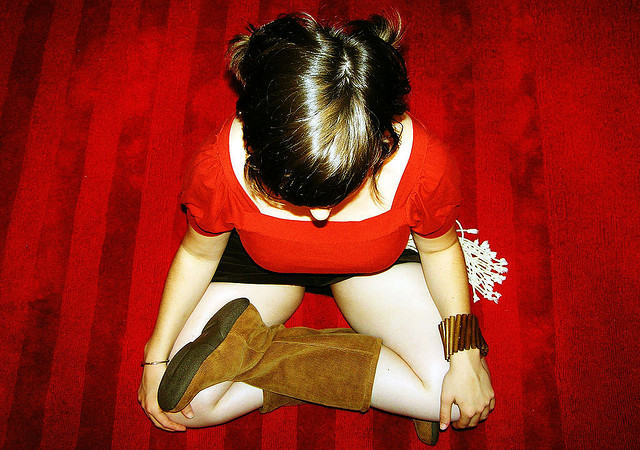 Yoga has been a big part of my life for many years. My first yoga class was taught by Barron Baptiste at a  Boston gym. I remember taking the class with a friend and laughing as we realized how inflexible we truly were-in more ways than one.

My practice has evolved over the years. At times it is a constant and other times it’s virtually non-existent. What keeps me coming back is knowing that yoga is always there if I need it.

Much like finding a therapist or a  doctor, finding a yoga studio that fits is crucial. The right yoga studios provides a space to unblock and come into healthier, happier minds, bodies and spirits.

Yoga mats and equipment are also a big part of any yoga practice. I’ve tried many different brands of yoga mats over the years. Manduka

is an eco-friendly brand that I’ve come across over the years. The Manduka eKO Eco-Friendly Yoga Mat

is made from sustainable, natural tree rubber and is completely biodegradable. There are no PVC or oil-based eco materials like TPE or PER. The mat also doesn’t contain phthalates or toxic foaming agents. I spend so much time with my face and body on my mat so it’s important that it’s made from a non-toxic material.

The kind folks at Manduka

sent me a yoga mat to try out. The mat was incredibly comfortable and very light. The best part was not slipping during a  hot and sweaty yoga practice. It comes in a variety of awesome colors. When first opened the mat has a very strong smell from the natural rubber. It needs to be aired out before using. It generally takes a few weeks for the smell to fade.

is celebrating the launch of a new digital campaign called unBLOK.  They are encouraging all of us who practice yoga to  nominate and vote for the studios that helped them “unblock” in their practice for a chance to win a range of prizes!

Inspired by the unblocking that naturally occurs when you have a powerful yoga session, Manduka is supporting the launch with a digital campaign celebrating the community spaces that help practitioners achieve breakthroughs: local yoga studios. The unBLOK party campaign and contest encourages yogis to nominate their local studio via Facebook, sharing how their favorite practice space helps them “unblock” and return to the world with new clarity.

Through the unBLOK party campaign and contest, Manduka is making it easy for practitioners to show their studio some love.

Here’s how you can join in the fun:

Nominate: Head over to Manduka’s Facebook page and answer a few questions on your inspirational studio. Manduka will thank you with a special offer.

Select: Manduka will select five studio nominations to feature on their site. The selected studios will be outfitted in Manduka yoga gear.  Additionally, five people who nominate will be gifted with an unBLOK kit.

Vote: The community will be encouraged to vote for their studio of choice.  The winning studio will receive additional Manduka yoga gear and an in-studio experience inclusive of yoga taught by a high-profile teacher followed by a celebration with music, food and product giveaways. Woo hoo!

Give: Manduka will sponsor a teacher or teachers at the winning studio to do their own seva work bringing yoga to an underserved area in their local community.

Nominations will run through May 28th.  After nominations you can vote for your favorite studio finalist here.

What yoga studio has inspired you?

Disclosure: I was sent a Manduka Eko Lite yoga mat to test out. All opinions are my very own. There are also a few affiliate links in this post. Any products ordered through the links will put a few pennies in my pocket and help support this blog. Thanks very much!